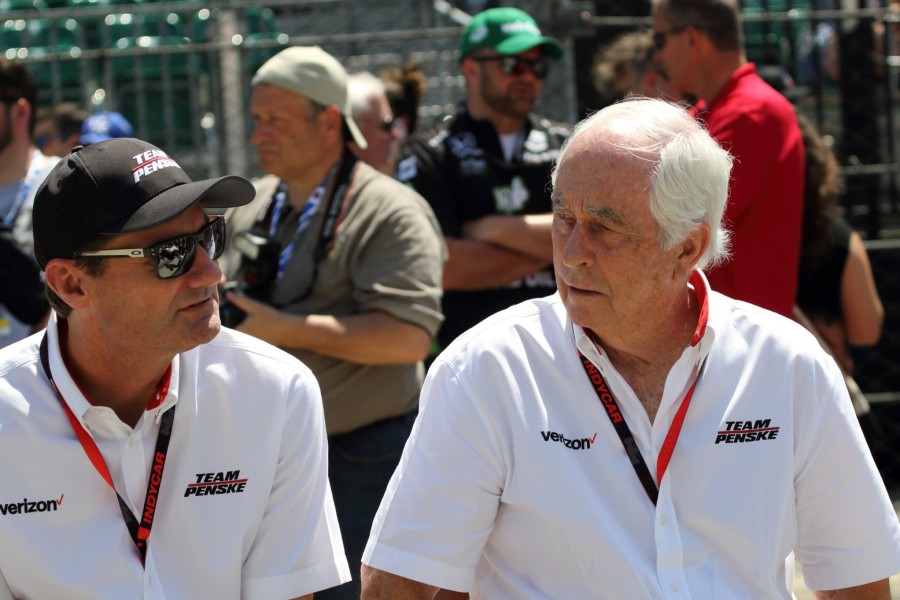 Given the long hiatus I’ve been on dealing with life in the real world, I can easily understand if those who periodically stop by this site assumed I had given up on the NTT IndyCar Series and failed to have opinions on any of the major stories that have broken since the 2019 season wrapped up 15 weeks ago at Laguna Seca.  I assure you that is not the case, and I have been keeping close tabs on all the events.

Let’s start with the most shocking news and that which is nearest and dearest to my heart — the sale of the Indianapolis Motor Speedway to Roger Penske, ending 74 years of ownership by the Hulman-George family and ushering in a new era at the corner of 16th and Georgetown.  It’s hard to say this came completely out of the blue as the sale of the historic facility had been rumored off and on to varying degrees since the late Tony Hulman passed away in 1977.  In more recent times, rumors have swirled since Indycar racing was reunified in 2008 and since Tony George was removed from power in 2009 that the three granddaughters of Tony Hulman – Nancy, Josie, and Kathi George – had grown tired of Tony’s seemingly unending financial support of INDYCAR and were looking to cash out while IMS still held significant value.  Nonetheless, those rumors were always quashed by the Hulman & Company Board of Directors as well as the Hulman-George family itself, most noticeably by Mari Hulman George, the only daughter of Tony and Mary Hulman and mother of the four feuding siblings.

November 4, 2019, started as just as any other day when I’m on the road for work. I had finished a 5-mile run early that morning, finished my Holiday Inn Express breakfast, and was walking out the door of my hotel to start the drive from Houston to Dallas.  As I passed by the front desk and told the attendant my room number without stopping, an e-mail alert popped up on my Apple Watch that literally stopped me in my tracks.  “Media Advisory: Hulman & Company Announces Sale to Penske Corporation.”

With those words, one era had ended and another was about to begin.  Over the next several hours, word began to spread and details started to emerge.  My initial response was more disappointment and sadness than relief or excitement.  Though Hulman & Company is (or was) most certainly a business, there had always been something of a family feeling to the Indianapolis Motor Speedway.  There had always been a feeling this was our Speedway.  The fans’ Speedway.  Racing’s Speedway.  Even when I felt the family feel of the Indianapolis Motor Speedway was starting to slip away as far back at 2009 (you can read a 2009 More Front Wing post I wrote on the topic here), I still always felt this was a facility run by a family who did so for the love of the sport first and as a business venture second.  This wasn’t ISC or SMI, which ultimately answer to their shareholders and are constantly attempting to make every last inch of their properties sparkle and shine with the latest gadgets and widgets.  My initial reaction was that the family days of IMS were gone and it was time for the business atmosphere to settle in.

Roger Penske certainly needs no introduction to anyone who follows this site.  His name has been synonymous with Indy car racing and the Indianapolis Motor Speedway since he first arrived as a team owner in 1969 (though his personal history at the track goes back much further than that).  His 18 Indianapolis 500 victories will assuredly stand as a record throughout my lifetime and likely forever.  Outside the bounds of auto racing, Mr. Penske is one of the most successful businessmen in the United States.  His empire touches nearly every conceivable aspect of the automotive industry from Ilmor Engineering to Penske Truck leasing to dealerships to logistics companies.  One doesn’t generally get to the top of the American Pyramid by running their companies as a “family” and not as a “business.”

Before I even got a chance to listen into the press conference, I had already fallen into a sadness about things that probably only matter to the diehard fans of the Indianapolis 500 and those who have a nostalgic love for the Indianapolis Motor Speedway.  Was the Indianapolis 500 schedule going to be cut even more?  Was Roger Penske finally going to get his guaranteed starting spots in the Indianapolis 500.  Would the SAFER barrier around the IMS oval now look like the walls of a hockey rink?  Would ticket prices be increasing 25-50% over the next couple years.  Would the high-quality paper tickets be going away completely in favor of sanitized electronic tickets?  (Yes, that actually was one of my first thoughts, and no, I don’t think I’m alone in that.)

We still don’t have answers to any of those questions, but my mind was put slightly at ease after listening to the Penske/IMS press conference.  It is certainly true that few people on the planet have as much love for the Indianapolis Motor Speedway as Mr. Penske and that every decision he makes will be made with an eye toward “will this be good for the Indianapolis 500?”  But most successful businesses have short, medium, and long-term plans.  What exactly are the long-term plans for the Penske Corporation and the Indianapolis Motor Speedway?

Without intending to be morbid and most certainly without intending to be disrespectful, Mr. Penske is now 82 years old (turning 83 on February 20) and obviously has many more days behind him than before him.  Though he still has an energy and sharpness of mind I wish I had at less than half his age, Father Time waits for no one, and to expect Mr. Penske himself to be at the helm of the Indianapolis Motor Speedway ten years from now might be a bit optimistic.  Then what?

We know that Team Penske – the racing operation – is in very good hands with President Tim Cindric well groomed to lead the team far into the future.  We, on the outside, don’t have that same insight into the inner workings of Penske Entertainment Corporation.  No matter who is next in line after Mr. Penske himself, it’s hard to imagine they will have the same love and history with the facility as the company’s namesake.  One might think Bud Denker is the logical choice as he currently serves as the President of Penske Corporation.  But he already wears many high-level hats, including Executive Vice President of Team Penske and Chairman of the Detroit Grand Prix, so would the Indianapolis Motor Speedway just be one more iron in his fire?

The Indianapolis Motor Speedway has a long history of owners being the public face of IMS.  Carl Fisher and Eddie Rickenbacker were the face of the Speedway from 1909 through 1945.  And though Tony Hulman was reluctant to be out front in his early years of ownership, he eventually embraced the role and would do so until his passing.  Once Tony George came along, love him or hate him, you knew he was in charge.

My sincere hope is that Doug Boles will continue to be the face of the Indianapolis Motor Speedway for many years to come and will be allowed to run the facility as the man in charge.  Boles has worked tirelessly over the past many years to reignite the Indianapolis 500.  Mr. Boles has a fantastic feel for the pulse of the Indy car fan and excels in making personal connections with those who support the Speedway.  All indications are that Mr. Penske intends to keep Boles in place, and I see no conceivable reason why that arrangement should not last long into the future.

While I had my trepidation about the Indianapolis Motor Speedway being sold to Penske, I cannot say the same about the NTT IndyCar Series.  From the moment I read the press release, I thought this was the best thing to happen to the IndyCar Series since… well, I don’t know when.  In spite of positive rhetoric from the top brass of Hulman & Company, there was an obvious lack of confidence from OEMs to get involved with the IndyCar Series, resulting in several close-but-no-cigar efforts to bring a third engine manufacturer to the Series.  This is the most pressing issue facing INDYCAR today, one that has been on the front burner since 2012, and one that is single-handedly holding Indy car racing back from experiencing real growth.

With Roger Penske now at the helm, one can rest assured the calls to OEMs worldwide will not go unanswered.  Whether it’s Kia, or Fiat, or Volkswagen, or Ford, there will be renewed confidence from the leadership of car and engine manufacturers worldwide, hopefully soon leading to a third engine option for IndyCar teams.  With that third engine comes increased marketing dollars and, more importantly, more opportunities for younger drivers and teams to crack into the top series.  It won’t be easy, and I certainly don’t mean to diminish the efforts that Mark Miles and Jay Frye put in over the past several years, but someone with the cache of Mr. Penske has an unteachable and unmatchable way of getting deals done.

With the transaction officially completed this morning, Mr. Penske and his group now have the full reins for North America’s top open-wheel racing.  How soon we start to see changes is undetermined, but I feel confident in saying Mr. Penske was sitting at the starting line with his engine revving and waiting for the light to turn green.  We may not see the fruits of his labors immediately, but let’s make a pact to check back here in one year and evaluate all the areas Roger Penske will have affected.  I do not believe they will be subtle or insignificant.

I’ll be back soon with more thoughts on the current off season and how events will affect the NTT IndyCar Series in 2020 and beyond.  We’ll look at the plights of James Hinchcliffe and Sebastien Bourdais, evaluate whether Andretti Autosport could (and should) actually attempt to run seven cars in the Indianapolis 500, the loss of some open-wheel legends, and more.