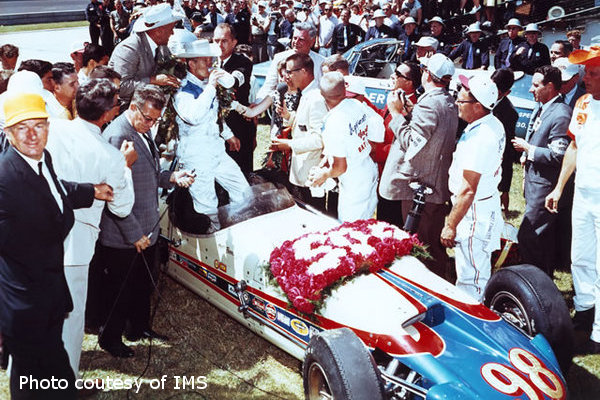 Note from Paul: The Centennial Interview Series was a series of interviews released by More Front Wing in May 2011 highlighting 20 of 27 then-living former Indianapolis 500 winners. I am extremely proud of this series and pleased to be able to share them here at the Field of 33.

We’re proud to kick off our Centennial Interview Series with the winner of the 1963 Indianapolis 500, the great Parnelli Jones.

Jones walked us through his career at Indianapolis beginning with his rookie year in 1961, the little-known controversy behind the qualifying run that made him the first man to break the 150 mph barrier in 1962, the behind-the-scenes contention of his win in 1963, driving a turbine car in 1967, and his decision to walk away from Indy cars in 1968. He also shared some of his memories of Jim Clark, Andy Granatelli, and JC Agajanian. Jones spoke about returning to Indy to win as a car owner in 1970 and ’71, and he shared his thoughts about how electronics and aerodynamics have changed the face of racing since his time in the cockpit. Finally, Jones shared his favorite memory and greatest disappointment at Indianapolis before ending off by sharing what being a champion of the Indianapolis 500 means to him.

To listen, use the player below, or search for “Field of 33” on iTunes, Google Play, or Spotify.